BILL NACE THROUGH A ROOM 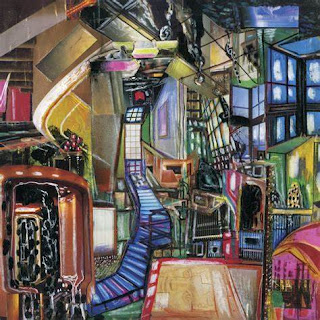 It was released last week on Drag City

(PLEASE MAKE SURE MAILING ADDRESS IS INCLUDED IN PAYPAL PAYMENT)

(send as Friend/Family..add address in notes...don't give paypal yr money ;)

Bill Nace’s Through a Room represents a seismic progression from Both, his startling 2020 debut solo LP

for Drag City. Nace’s career has been defined by a relentless probing of ways to frame the complex

menu of human emotions, and that the guitar has been his primary tool for exploring this terrain is of

belle, as well as his latest instrument of choice, taishōgoto. This is also, ultimately, insignificant.

What matters is the discerning spirit which animates his work. The tracks are carefully built from loops

and phrases that talk to each other, subsume one another, overlapping and crashing and diving and

expanding and emerging into unimagined vistas. On the whole, the record offers a fascinating and

engrossing chronicle – a sequence of interrelated stories told by a temporally dislodged narrator. You

think you’re here, then you’re there, and then you go through trapdoors and along tunnels, into cellars

and secret rooms, and you find that actually you’re back where you started. But it’s not hard to follow.

Trust me. Nothing this enticing can be hard to follow.

and co-producer Cooper Crain. Where Both was a chiseling down of spontaneous live performance,

Through a Room, while obviously the work of the same artist, treats its sounds as building blocks,

combining them to mesmerizing effect. What’s striking is the poise, the degree of authorial intensity.

The false dichotomy of composition and improvisation is thoroughly and rightfully abolished.

composition, and every area between such unhelpful labels. From the inscrutable, evocative track titles

to the enticingly baffling cover art by his longtime compatriot Daniel Higgs, Nace is guided by an

ineffable, internal muse, a persistently personal stormcloud of ideas that, ultimately, comprise that 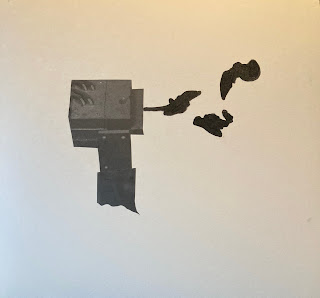 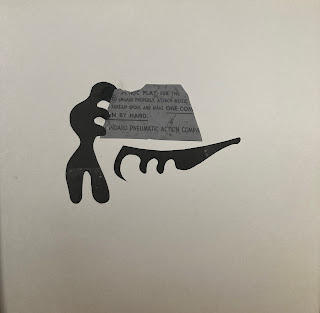 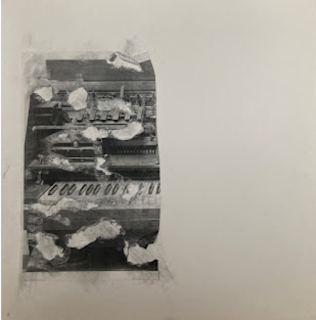 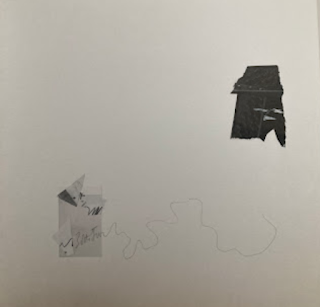 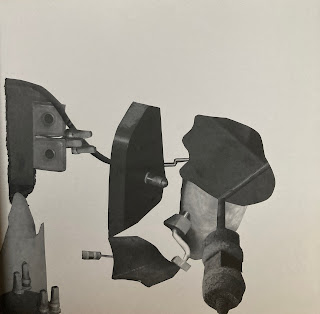 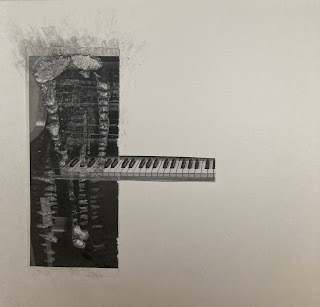 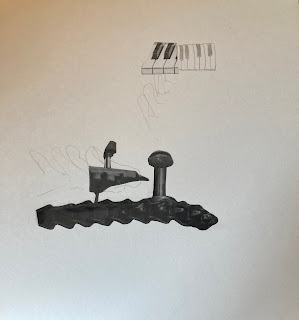 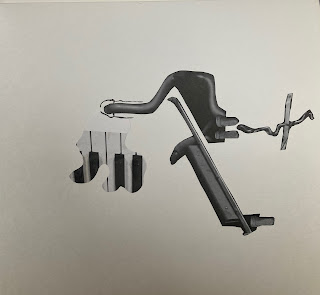 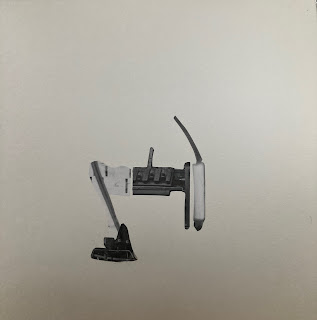 Test Pressing Editions of OM68 Rick Myers Obstacle #79: MEMORY IS CURRENT made in an edition of 9

Signed and Numbered with Original Collage by Bill Nace on front

please put address in payment, send friends and family if you can and indicate which # cover you want 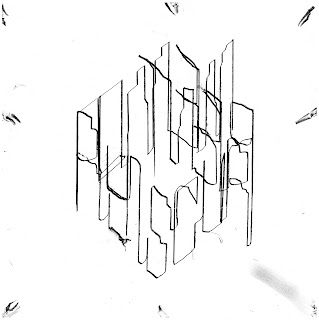 (PLEASE MAKE SURE MAILING ADDRESS IS INCLUDED IN PAYPAL PAYMENT)

(send as Friend/Family..add address in notes...don't give paypal yr money ;)

or buy from BANDCAMP page

Obstacle #79: MEMORY IS CURRENT offers a sequence of works for player piano, a device which captured Rick Myers’ imagination in 2017. Divining a method from mathematical measurements and intuitive drawing systems, Myers obstructed piano rolls using adhesive tape. Performed in this altered state on a player piano in the hallway of Easthampton Machine and Tool in Easthampton, Massachusetts, the music embedded in the rolls was extricated from its history and given fresh life. Restriction forged a pathway to expanse. Here are the enchanting results.

The workings of the machine are evident throughout, wistfully recalling music box fantasias, even as the tumbling notes confound expectations. The meticulously constructed scenarios invariably run amok, and in between chaos and melody, frustration and freedom, an impossible helix fashions its own celestial music. The sounds grumble against one another, summoning subterranean promises and unearthing unexpected delights.

As the tracks run into one another, Myers interposes spoken dispatches, detailing aspects of the story behind the record. Like the sounds of the piano, they transcend mere reportage. Increasingly obscured over the course of the two sides, these ghostly interjections are part of the sonic fabric, enhancing both the narrative and acousmatic aspects of the project.

Rick Myers is an artist whose decades-long career has studiously disregarded the confines of medium – there are books, drawings, sculptures, installations, exhibitions, videos, performances, design projects, texts, and combinations thereof. Sound, as evidenced by his recent focus on recorded material, is but another potent arrow in his quiver. Plus, it’s nothing new – he cut his teeth as a DJ.

This record is an interior travelogue shot through with ecstatic truth. In furthering the process of obstruction by which the player piano makes its music possible, Myers is, in his own words, looking to “cast and dislodge time.” Like God or Loss or Love, Time is one of the bedeviling bottomless wells from which the most affecting art springs. This is the real thing.

Rick Myers is not in search of lost time, he is attempting to lose it, and in so doing to chart the inevitable trajectory of that loss, of its apparent disappearance, its peculiar habit of hiding in plain sight 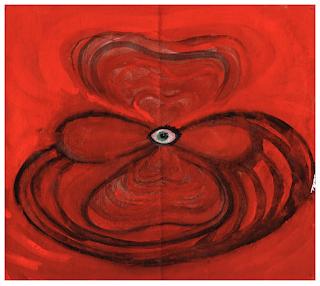 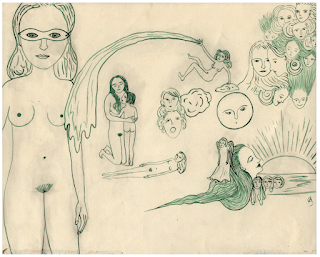 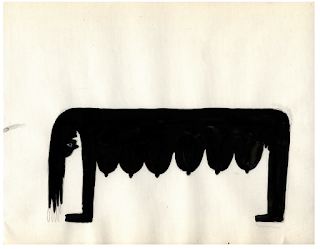 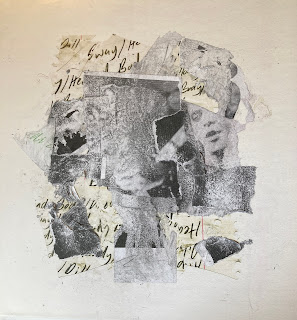 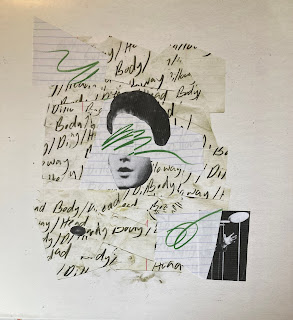 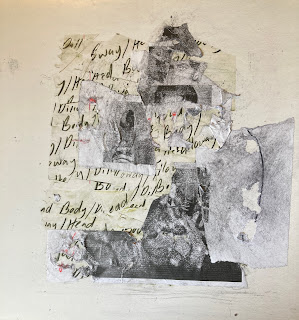 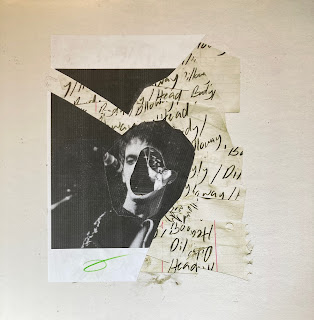 Test Pressing Editions of my copies of the T.P. for Body/Dilloway/Head LP in an edition of 4

with Original Collage on front

please put address in payment, send friends and family if you can and indicate which # cover you want 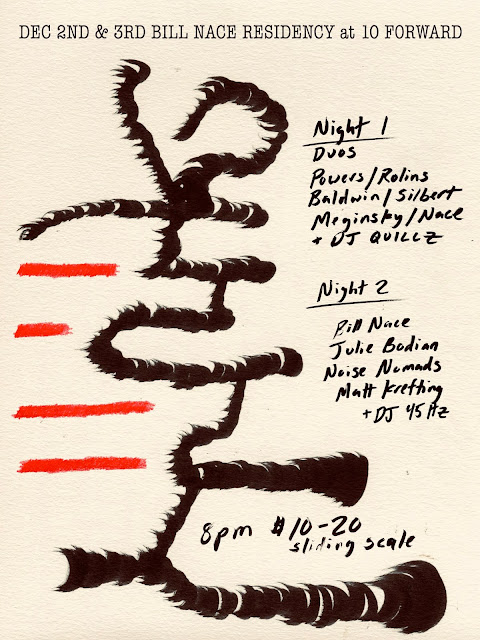